In many machine learning applications, we often come across datasets where some types of data may be seen more than other types. Take identification of rare diseases for example, there are probably more normal samples than disease ones. In these cases, we need to make sure that the trained model is not biased towards the class that has more data. As an example, consider a dataset where there are 5 disease images and 20 normal images. If the model predicts all images to be normal, its accuracy is 80%, and F1-score of such a model is 0.88. Therefore, the model has high tendency to be biased toward the ‘normal’ class.

In this repo, we implement an easy-to-use PyTorch sampler that is able to 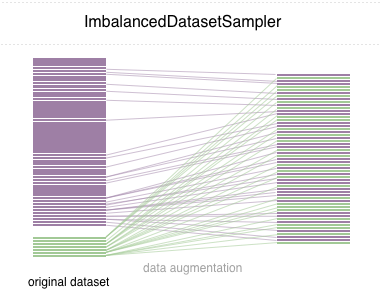 Simply pass an ImbalancedDatasetSampler for the parameter sampler when creating a DataLoader. For example:

Then in each epoch, the loader will sample the entire dataset and weigh your samples inversely to your class appearing probability.

Distribution of classes in the imbalanced dataset: 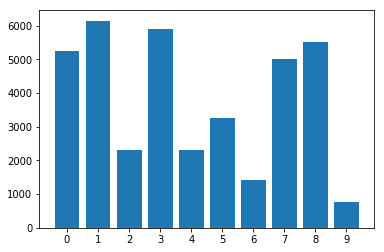 Note that there are significant improvements for minor classes such as 2 6 9, while the accuracy of the other classes is preserved.